It happened again.  The shouting, the chasing, the whining, the grab for the toy.  It went on this way until I could see that it wasn't being worked out.  They weren't solving this problem on their own.  It was another battle over an object and they weren't using what we'd been working on.  I stepped in and helped them.

It happened again later that afternoon while playing outside.  A dog walking by with his owner.  Little legs running to greet them.  Little hands reaching out to pet the furry face.  It was another strange dog and he wasn't remembering what I'd been teaching him to do around animals we've never met before.  I had to stop him and remind him. 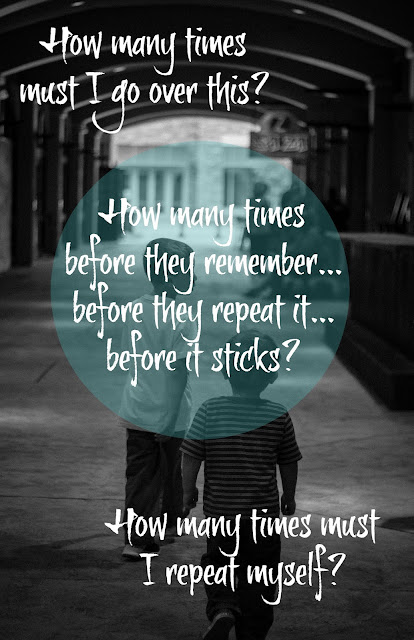 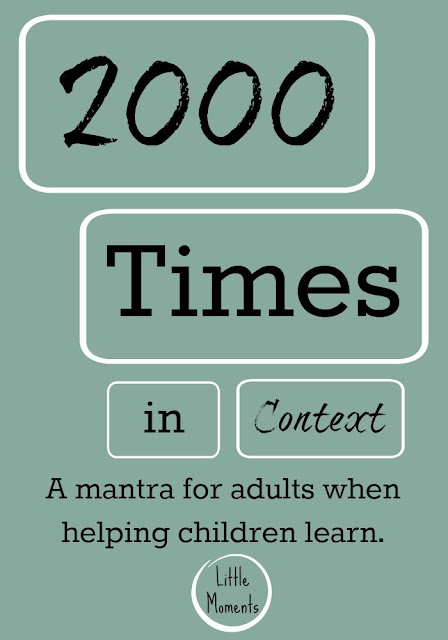 This is not an exact formula.  It is a reminder that kids need to practice their skills over and over.  EVERY SINGLE ONE.  From behavior and social skills to reading and writing.  It takes time to learn something new.  But sometimes we forget that circumstances must present themselves many times before they begin to learn... many more times than we'd like.

We can't rush it, we can't push it, we just have to be patient... which also happens to be a good example for children too!

If you are finding yourself wondering...


Why is this taking so long?
Or,
She knows better, we went over this yesterday!

Just tell yourself...
That's five down!  Only one thousand nine hundred and ninety-five to go!