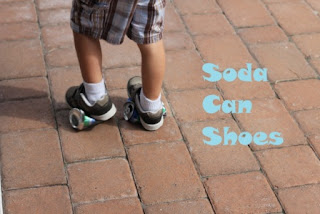 To this day, I still have a vivid memory of a neighborhood summer party from my childhood.  It wasn't the food, the organized games, or the new kids I met.  It's a memory of an impromptu activity that I, and the other children, threw ourselves into with absolute glee...crushing soda cans! 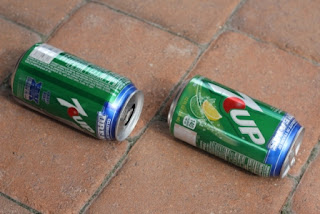 All the children were given the task to crush soda cans at the end of the party, so there was enough room in the recycling bin for them.  We all began this task, by using different methods to crumple the containers, because each of us felt it was the best way to get the job done.  As soon as someone laid a can on its side, and compressed the middle with their foot, it was a free for all. 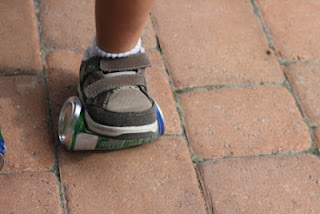 Soon, we were all stomping on cans so they wrapped around our shoes.  Loud clanking sounds echoed from the pavement of the driveway, as a group of us chased, hopped, and wobbled around, playing tag, and catching fireflies as the sun set. 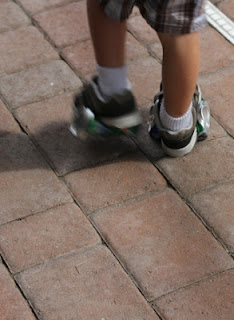 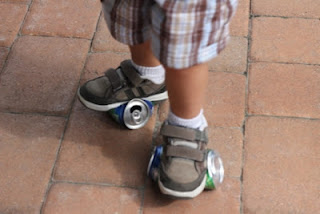 I smile every time this memory appears in my head.  I felt it was something worth sharing with my four year old.  He stomped around in his soda can shoes until they fell off.  Now he smiles when he sees a few empty cans on the counter that need to be taken to the recycling bin, and happily offers to take them there without being asked! 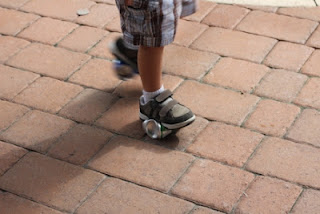 ***NOTE:  It is recommended that older children do this activity, not toddlers who are still gaining their sense of balance.  Closed toed shoes should be worn to protect feet, and stomping should be done outside, on a flat surface, that will not be harmed by scratches.  Play at your own risk, and have fun!
Posted by Unknown at 10:51 AM