My one and a half year old son has begun playing with toys in a more purposeful way recently, especially with people and animal figures. All the "roars" and "snorts" as he trots his toys across the couch are funny, but it does show progress with his emerging language.

While setting up an invitation to play using animals, I decided to divide up the area I was setting the toys on for simple sorting opportunities.  It wasn't anything fancy, no living objects, or life size replicas, just a simple play scene.

I set several animal species with their kind, creating a family of sorts.  Children replicate what they see in their lives, so grouping by family can be a natural way a child sorts; large and small versions of animals typically represent parent and child to them. 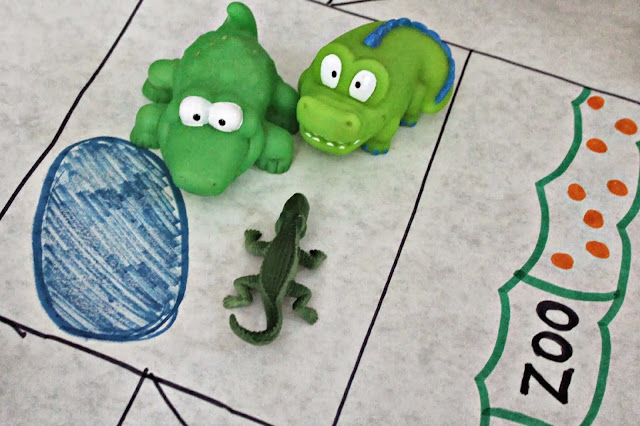 It's funny when you have expectations of how things might go and children have a different idea in mind.  I didn't expect my younger son to do any obvious sorting at this age, but I set up for possible opportunities, and he surprised me.  He began grabbing some of the little animals and put them together as he played with them.  They seemed to be his favorite.  Maybe he preferred that they stayed together because of their size, he loves playing with and being around other kids.  Kids tend to become their own little families when they play together. 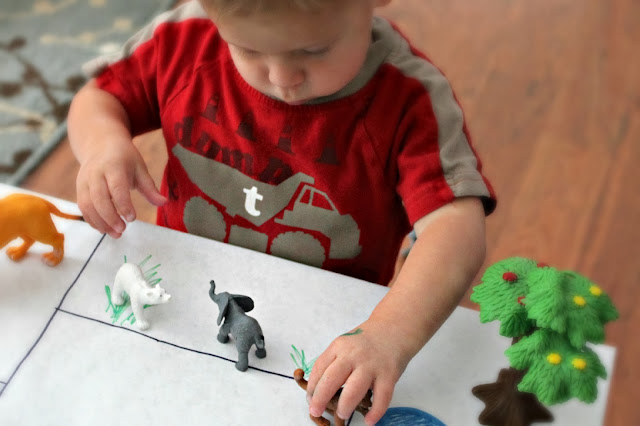 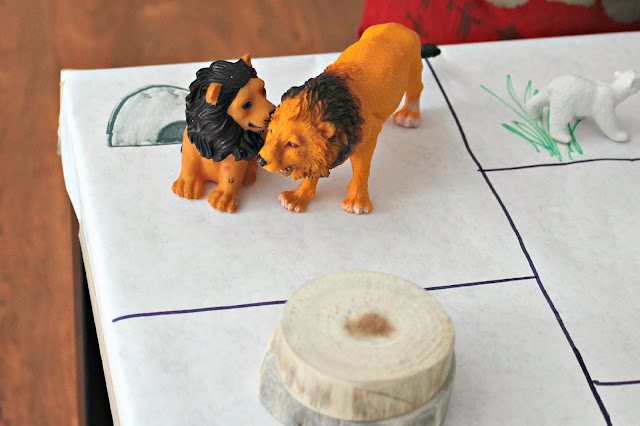 And some mingled with their "cousins," as I found this later when my older son came home from school.  The same animal, but different. 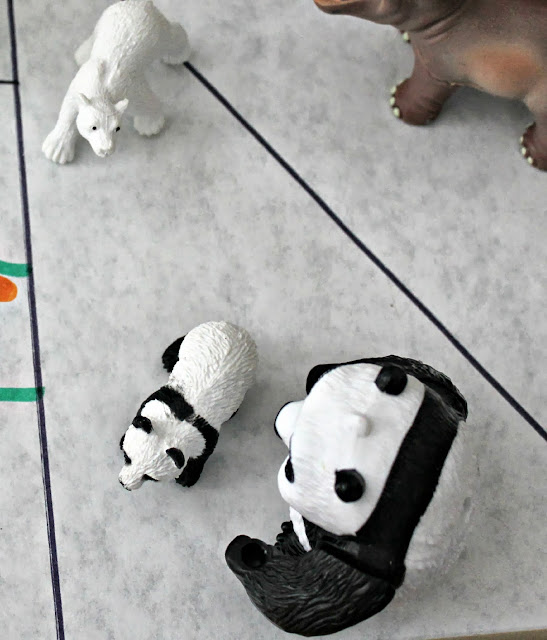 Children will sometimes indirectly represent how they feel they fit into this world by using the "tools" that we offer them to play with.  There is no "right" way to sort these animal families, because all families look different, it just may not be the family you expected. 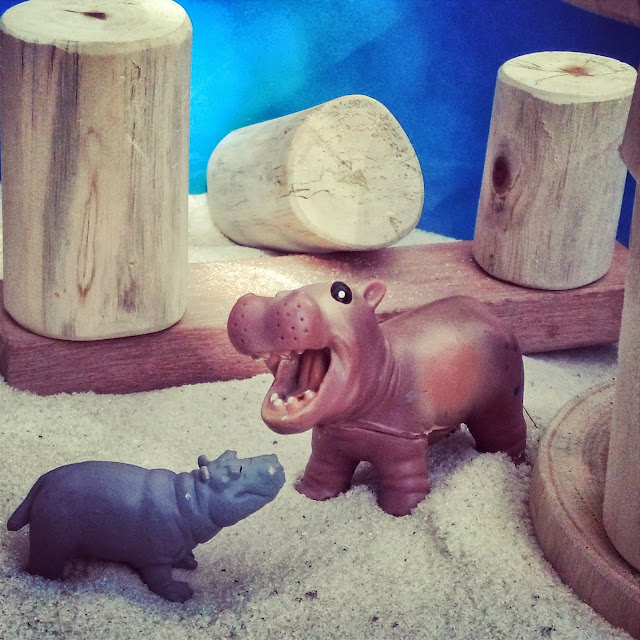 Call it a clan, call it a network, call it a tribe, call it a family.  Whatever you call it, whoever you are, you need one.  ~Jane Howard