"Art is anything you can get away with" -Andy Warhol

Painting with a brush doesn't seem to have the allure it once did at my house.  The urge to create with other objects gets more play these days.  Experimenting with unique markings while mixing colors, and the different feel each object has as it moves across a surface, makes for an inviting opportunity.

I've noticed how my one year old will study wheels sometimes.  Toy cars will get flipped over as he moves the wheels with his finger, gazing intently as they spin.  Trucks with large wheels are rolled slowly by his hand while he watches the wheels move around and around.  Even my car tires occasionally get inspected when we are outside.  Because of his interest, rolling naturally became the inspiration for our next painting endeavor. 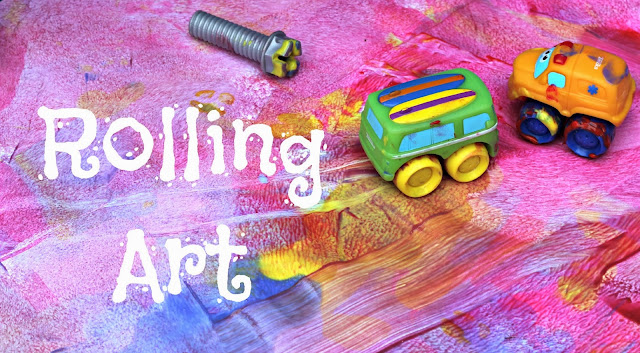 My six year old helped me come up with a list of items that could be rolled.  I set up the supplies in our sensory table so my boys could roll the objects without them rolling away.  The table also prevented the paper from sliding around as well while they worked. 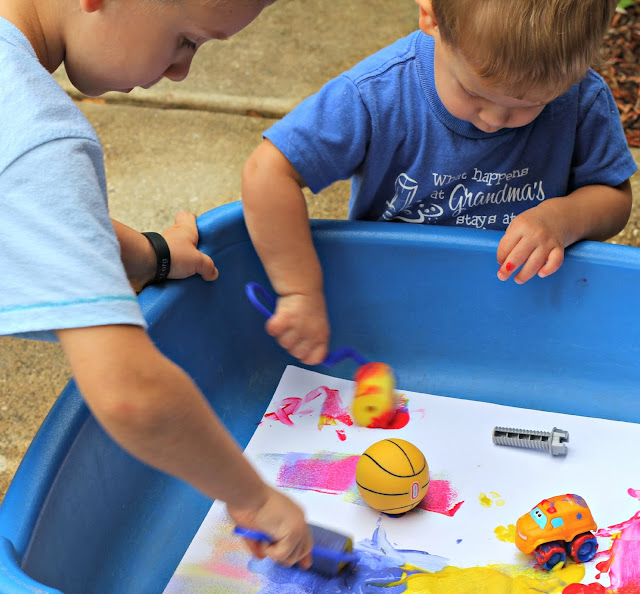 Two of each kind of rolling object were provided.  The rollers seemed to be the favorite, which helped them work together on covering the entire paper.  After it was covered, they used the other rolling objects to make marks in the paint.  My six year old and I talked about how each object made a different mark, even though they were all rolled.  And even though they were moved in a similar way, each one felt different rolling through the paint.

This was a great collaborative project.  The size of the sensory table allowed them plenty of space to work side by side. 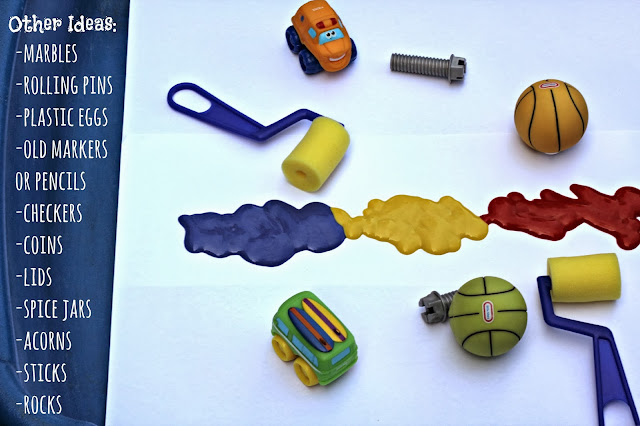 The items we used were loved by both boys, even with their age gap.  The list above is a great idea starter for other items you may want to use, depending on a child's age, and your comfort zone.  You can always challenge your kids to come up with a list of objects that roll too.  Remember, with art, you can get away with anything, just don't let it roll away!


Stay up to date on all our Little Moments and more; like our Facebook page, or join us on Google+!